Soviet Yerevan- a memorable tour to a different reality 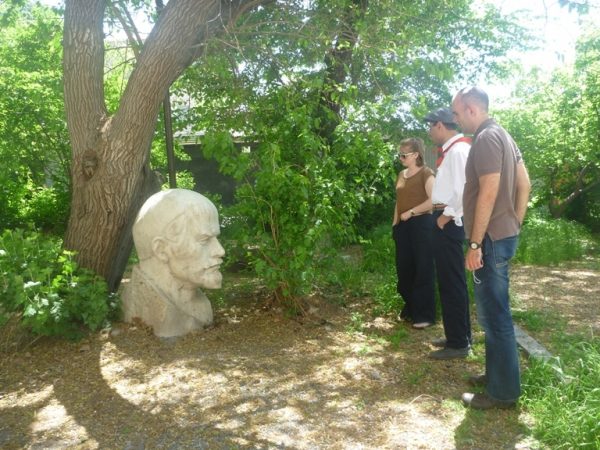 Ever wondered what it was like during the Soviet Union times? Then join our unique Soviet Yerevan Tour and travel back to this unique period of history in the 1900’s. This four hour city tour will take you decades back to experience Yerevan, the ‘pink’ capital city of the Soviet Union. You will be amazed how things have changed since the soviet times. Going off the beaten track you will also see how some aspects of the city have stood still since the collapse of the Soviet Era. This is a really fun and entertaining tour, guaranteed to open your eyes to bygone times. So dear comrades, take a seat in a Soviet era minibus and let the journey take you back in time.

It is hard to imagine Yerevan during the Soviet days. Today, the city is lined with vibrant and busy shops selling a wide range of wares. Each shop displaying colorful logos and signage, bringing color and life to the streets day and night! This was not so during the Soviet times. Life was a little less colorful! With a bit of imagination, our ‘pioneer’ guide will help you discover this ‘rosy’ city. Visit ‘Lenin Square’, although Lenin has long vacated his residency. None the less you will have the chance to meet what ‘remains’ of him, tucked away in a location most locals wouldn’t even know about!  Explore the city through the ‘grand’ metro system and learn about its history. Visit structures and factories established in the Soviet Era, travelling to locations in the city normal tourists rarely reach. Hear about the lifestyle and humor from the past and experience a glimpse of how life was under this regime. However no experience is truly complete without a bite of food! Enjoy a typical and popular Soviet Era snack to fuel you during the tour.

Armenia , officially the Armenian Soviet Socialist Republic,  was one of the republics of the Soviet Union․ It was established in December 1920, when the Soviets took over control of the short-lived First Republic of Armenia and lasted until 1991. Armenia declared its independence on September 21, 1991.